The moment I laid eyes on my first Altered Art Domino Book, (as the end result of some heretofore referred to as a "random" internet website search that became a Splendiferous Wonderland Bunny Trail of Sheer Delight!)....I was smitten! It was mere moments from the end of the YouTube video :

....and I was assembling the tools and supplies to craft my own.

Here are a few photos of the Domino Books I created....Otherwise referred to by my friends as "Eye Candy"!! 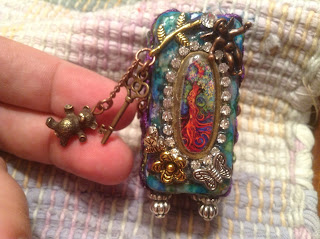 As you can see, these are beautiful collages of various charms, paper art, rhinestone crystals, beads, and various trimmings to frame the dominoes, which have been colored using Alcohol Inks. After attaching (gluing) the charms (with loops cut off and sharp edges sanded smooth), I coated the entire surface with "Glossy Accents" liquid, for a shiny thick finish.

The amazing beauty of these tiny treasures is charmingly enhanced by the fact that they are made using old domino game tiles. If you are recycling old dominoes that have been gathering dust in your game closet (like I did), then give yourself a nice pat on the back for doing your part in recycling! If you don't happen to have dominoes lying around, you can find reasonably priced sets at most  discount stores (Walmart, Target, Kmart, Walgreens), toy stores, etc.

Let me warn you though, these little treasures become addicting to make!! 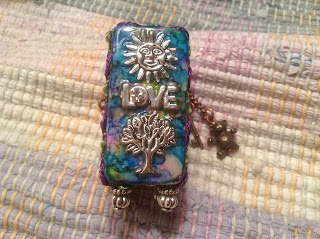 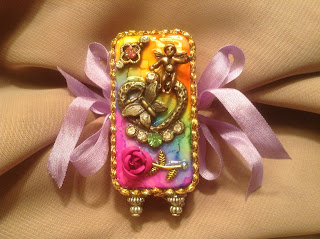 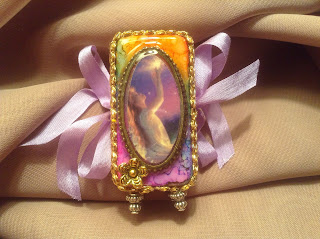 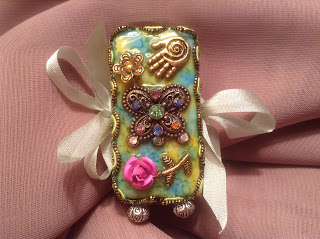 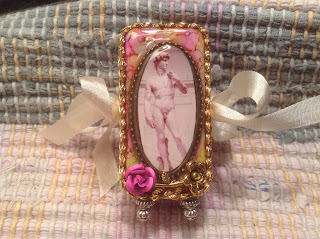 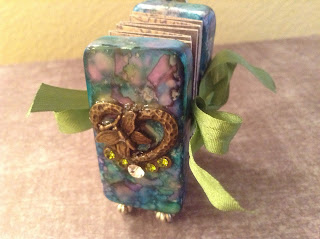 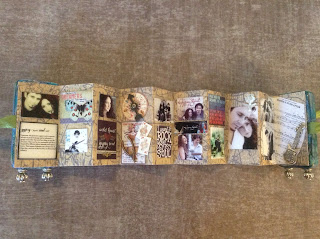 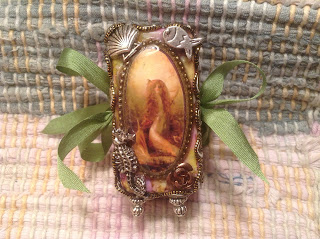 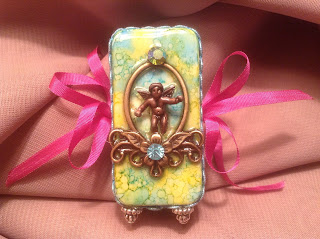 Posted by Crafty Crusader at 10:08 PM